★ FREE PRIORITY SHIPPING IN USA ON ORDERS OVER $25 ★

Via USPS Priority Mail - Does not apply to ShiresPress authors purchasing their own titles.

Diane Crump: A Horse-Racing Pioneer's Life in the Saddle (Hardcover) 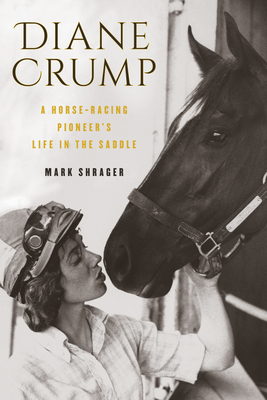 In 1968, a few women, mockingly labeled "jockettes" by a skeptical press, had begun demanding the right to apply for jockey licenses, citing the Civil Rights Act of 1964, which banned discrimination in hiring based on race, religion, sex, or national origin. Most of their applications were rejected by racing's bureaucracy, which alleged that women were unqualified to participate due to "physical limitations" and "emotional instability." Female jockeys who attempted to ride met with boycotts by male jockeys. Onto this uneven terrain stepped 20-year-old Diane Crump, who had long since demonstrated her riding proficiency during a thousand workout rides on a thousand difficult Thoroughbreds ("I basically got on all the horses that no one else wanted to ride"). On February 7, 1969, having been granted a permit to ride at Florida's Hialeah Racetrack, Crump, surrounded by a protective phalanx of police officers, walked calmly toward the saddling enclosure as she endured heckles from the crowd. Diane's mount would not earn victory that day, but the young rider had earned a more fundamental prize: the right to compete in her chosen field. Just over a year later, on May 2, 1970, after 95 years and 1,055 all-male entrants, Diane Crump shattered tradition by becoming the first woman to ride in the Kentucky Derby. Over her career she amassed 235 wins. InDiane Crump: A Life in the Saddle, veteran turf writer Mark Shrager relies on Crump's own narrative, magazine and newspaper coverage, and numerous first-hand interviews to tell the story of an extraordinary athlete's life and career.

Mark Shrager has published some 300 articles about every aspect of horse racing in magazines such as Turf & Sport Digest, American Turf Monthly and others. His 1974 Turf & Sport Digest article, "1,001 Surefire Ways to Lose a Horse Race," was published in the annual Best Sports Stories anthology. He is the author of The Great Sweepstakes of 1877: A True Story of Southern Grit, Gilded Age Tycoons, and a Race That Galvanized the Nation (Lyons, 2016).He lives in Altadena, CA.